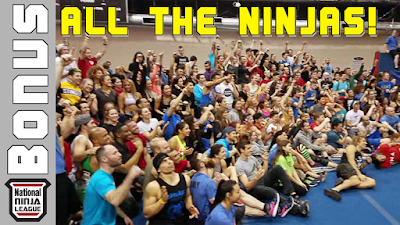 After the completion of Stage 1, all the ninjas got together for one big group photo. 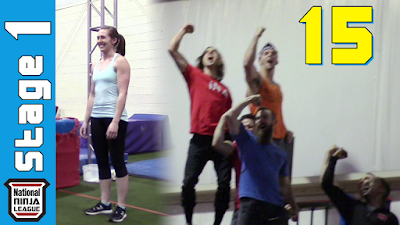 We have reached the end of Stage 1! This is it! How many more people will join the massive number of clears? 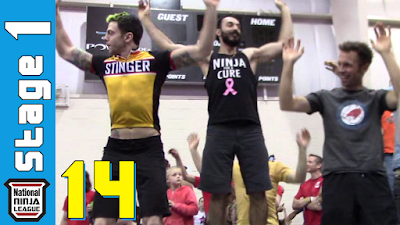 Controversy! Watch the most amazing thing you've ever seen get instantly ruined! And then it gets redeemed! 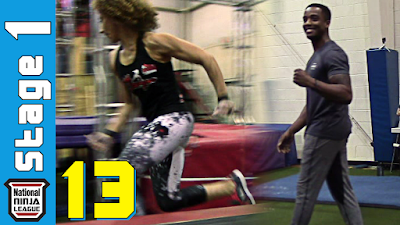 There are so many top names in this part, I couldn't fit them all in the title of this video on YouTube. Sorry Andrew! 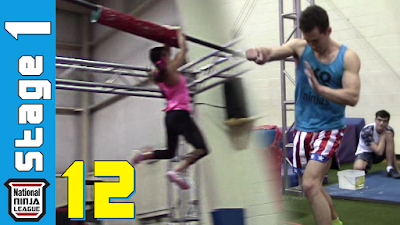 I like to cheer on my friends. So that's what I'm going to do. 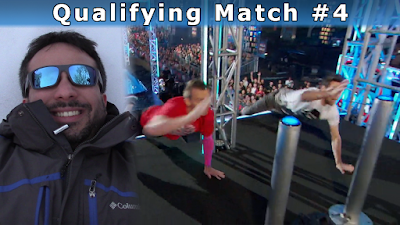 It's time for another Ninja vs Ninja review and OH BOY was this a good one! Not only did I predict everything correctly, we saw what was easily the best relay so far!

Group 3 of Stage 1 has begun? After an already historic number of Stage 1 clears, will we see more history be made? 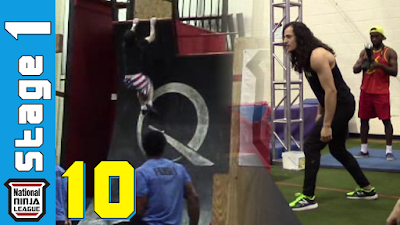 We have reached the end of Group 2! How many more people will already join the large amount of Stage 1 clears we already have? 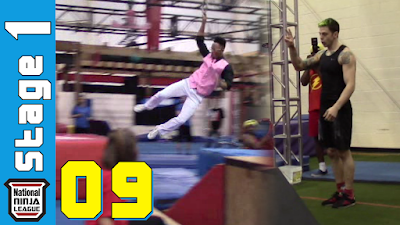 Captain NBC as arrived to take on Stage 1! Can the superhero take down the villains of this course? 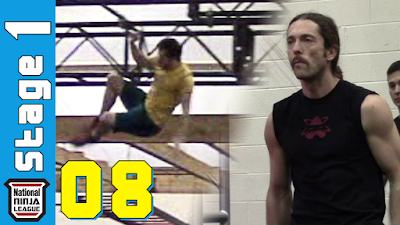 Group 2 has reached the mid point! And now ANW champion Isaac Caldiero has returned to take on stage 1! With many other high tier ninjas like Lorin Ball and Chris DiGangi in this section, will we see great successes or huge upsets? 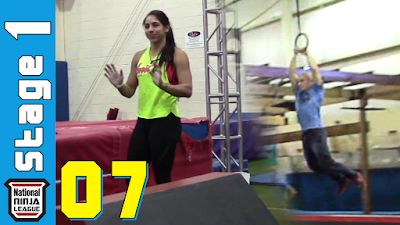 Stage 1 of the NNL Finals is about to get to drink some sweet tea! But how will a different Beastmaster and a returning military man fare on the course? 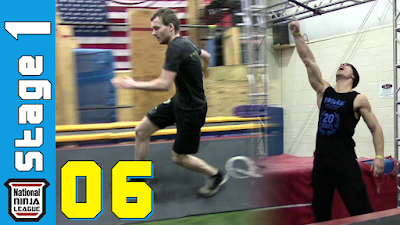 Group 2 of Stage 1 has begun! We starts things off with many of the international competitors from Australia, Netherlands, Barbados, and Japan! Also, as things start to heat up in the National Ninja League, can firefighter Mike Bernardo extinguish the fire of Stage 1? It's the final part of Group 1! Between a genie ninja and a smiling ninja, how many more competitors will clear stage 1 before the group ends? 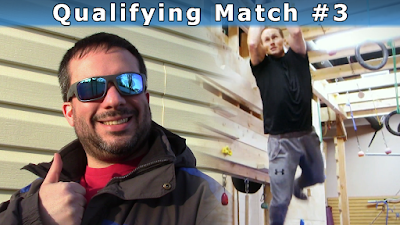 Did you know: Paul Hamm has competed in Sasuke 14, 15, 16 and ANW 8? He has plenty of ninja experience! Anyway, this week’s Ninja vs Ninja episode was pretty good with fast action and surprising outcomes. Also, if you like Monkey Bars, this was the course for you! 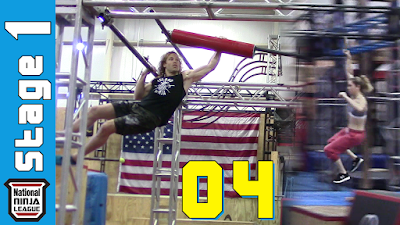 Group 1 of the National Ninja League Finals continues! The Island Ninja and Brian Redard from Ultimate Beastmaster are here to take on stage 1. Can either of them join the list of Stage 1 clears?

Stage 1 Group 1 of the National Ninja League Season 3 Finals continues! The Zip Line is pretty tough, but is it a match for ANW veteran James "The Beast" McGrath?

Stage 1 Group 1 of the National Ninja League Season 3 Finals Continues! How many more people will be able to defeat the course's 9 daunting obstacles?

The National Ninja League Season 3 Finals has officially begun. Like always, we start things off with Group 1 of Stage 1. With many top ninjas competing early on, how many will move on to stage 2? This is part 1 of 5 of the first group of stage 1. 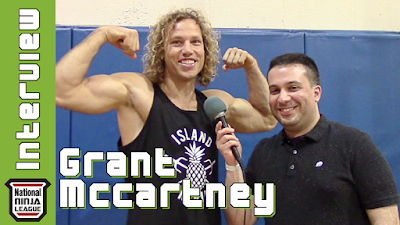 After a surprising exit from American Ninja Warrior season 9, Grant Mccartney is back and better than ever! While at the National Ninja League Season 3 Finals, Grant took the time to discuss with William how he's planning on making a return to season 10 better than ever! In addition, Grant and William discuss training Natalie Morales and Logan Paul for ANW, why he felt the need to change his diet, and why he gets along so well with Neil Craver and Natalie Duran from the Golden Hearts! 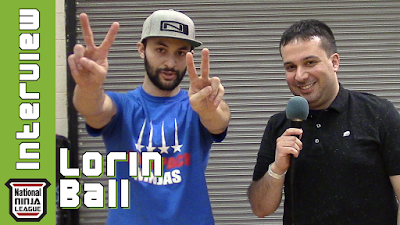 Lorin Ball is 1 of only 4 men to compete on every season of American Ninja Warrior. So when it comes to ANW, he's seen it all. While at the National Ninja League Season 3 Finals, Lorin was nice enough to take the time to talk about the history of ANW and if people are correct in calling him a speed guy. 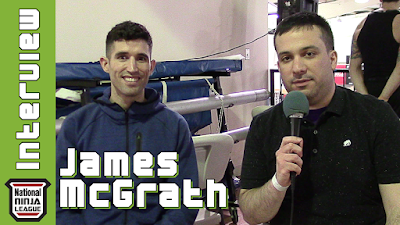 After a difficult recovery from shoulder surgery, James "The Beast" McGrath is back to take on the National Ninja League Season 3 Finals! After a successful run on Stage 1, James was nice enough to sit down with William and discuss his recovery, the evolution of American Ninja Warrior, and what it was like to be a captain on Ninja vs Ninja. 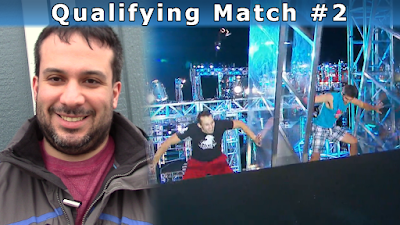 Episode 2 of American Ninja Warrior: Ninja vs Ninja has aired and William really liked this episode! It featured one of his favorites, the Pole Grasper, and it featured some exciting races on the extended course. A definite improvement, overall. 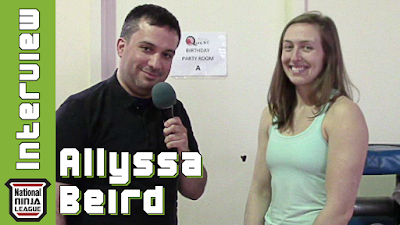 After an amazing past year, Allyssa Beird is back to defend her National Ninja League Championship. Before she took on the course, Allyssa took the time to talk to William about her success on American Ninja Warrior as well as how she balances being a teacher and being a ninja. 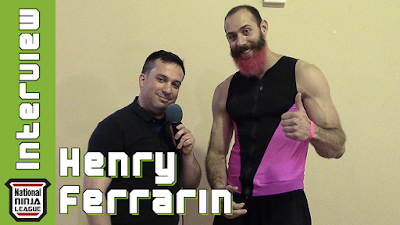 While at the National Ninja League Season 3 Finals, Ninja for a Cure creator Henry Ferrarin was nice enough to take the time to talk with me about the success of the movement, his American Ninja Warrior career, and the backstory behind his beard. 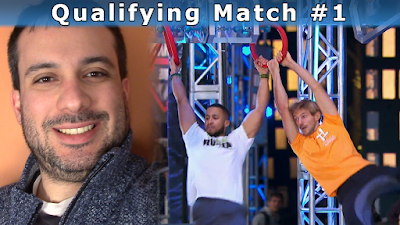 The first episode of American Ninja Warrior: Ninja vs Ninja has debuted and it was pretty good! ...Well, mostly good. Among a slew of slew of exciting runs lied an obstacle that has sparked a bit of contention with William. Watch the review to see how William felt. 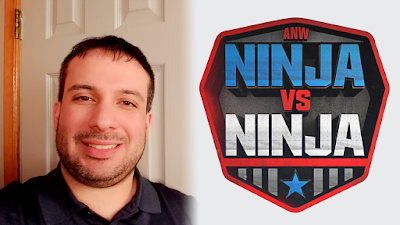 American Ninja Warrior: Ninja vs Ninja is about to begin! Formerly known as Team Ninja Warrior, Ninja vs Ninja has revamped the formula and brought in even more ninjas to compete on the show. In this video, William begins his coverage of the series by previewing the show and giving his top 3 picks to win the whole season.

In addition, William previews the upcoming first episode and predicts who will win each match up!