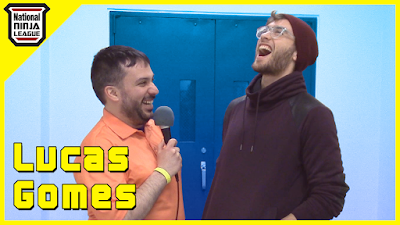 Lucas Gomes made a name for himself on American Ninja Warrior as one half of the Brazi Bros. On YouTube, however, he gain a surge of popularity for a video where he hangs from a bar for 99 out of 100 seconds. However, as a competitor, Lucas was forced to watch ANW 10 from the walk on line.

Join William as he talks to Lucas about his experiences in the walk on line, the opportunities presented to him from his YouTube channel, and how he's training to impress in American Ninja Warrior 2019. Also, how the heck did he manage to defeat the Monstro Swing?!