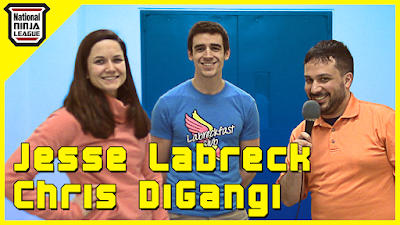 Jesse Labreck and Chris DiGangi are two thirds of Labreckfast Club; the winning team of American Ninja Warrior: Ninja VS Ninja! They where nice enough to take the time to talk to me about their big win as well as Jesse winning the National Ninja League for the second time!

Also, what is it like being so heavily featured on ANW, what is it like training with your significant other, and what goals do Jesse and Chris have for American Ninja Warrior 2019? And finally, the most important question of all: Who do they main in Super Smash Bros Ultimate?